What You Need to Know About Framing Services in Houston, TX

FAMILY OWNED AND OPERATED SINCE 1991. 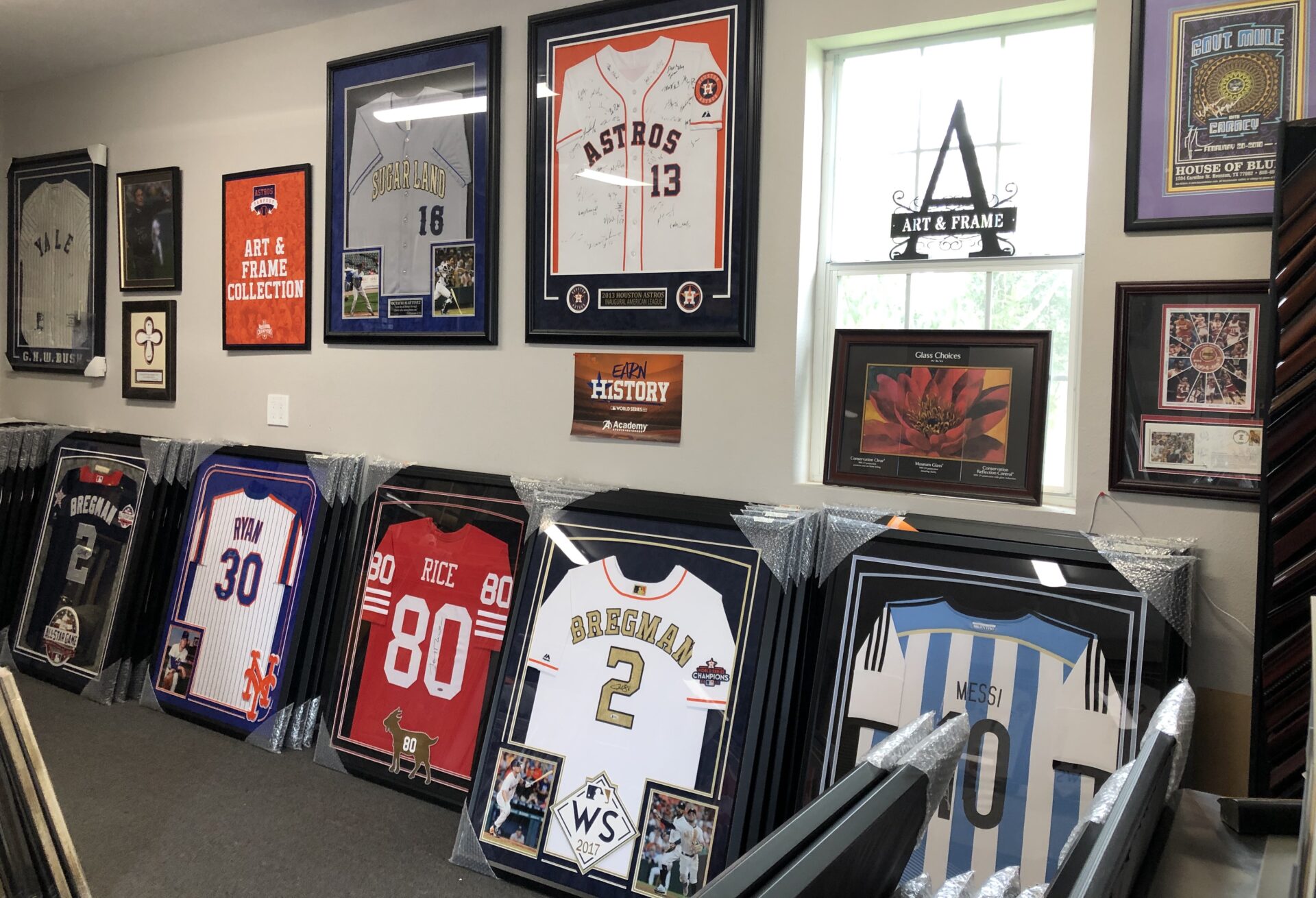 Karen and Gary started the business not knowing they would become a "real frame shop."

They started doing art shows framing collectibles with postage stamps. They traveled all over Texas and the east coast. But after the sixth grandchild, Memorial City Mall became their final "art show" from 1991-2013.

In 2013, they no longer had the retail store but continued their framing business at their production facility which is in their backyard. Being "semi-retired" did not happen but business increased. As one customer said "Two things I will never change - my framer and hairdresser. I will go wherever they go!"

Satisfied customers have been their greatest asset. By word of mouth their business has grown. Some of their well known customers include the Astros, Texans, Dynamos. Gallery Furniture, Technip Oil, Nalco, and many more are included in their list of clients.

Art & Frame Connection does all the work in house. They do not out source or hire temps. Karen and Gary take pride that they do all the work to ensure premium quality and prompt service on every order. They make sure each customer is completely satisfied with their frame job.

The workshop is open if they are awake and home. But it is always recommended to call for an appointment or make sure they are available. They would like to invite you to be part of their framing family and friends. LARGEST FRAME WE EVER MADE- 24 FEET!

1. HOW LONG DOES CUSTOM FRAMING TAKE?

Our normal delivery is 7-10 days. Occasionally we must order materials that might delay that schedule. We will let you know that when you place an order or call if a job will not be completed on the promise date. Rush orders are always accepted for an additional fee.

2. HOW DO YOU CALCULATE THE COST OF FRAMING?

We use state-of-the-art computer system that accurately and fairly calculates the price based on the size and choices of material. Each component of framing is calculated separately: moldings, mats, glass, hardware, backing and labor.

3. WHAT ARE THE DIFFERENT KINDS OF GLASS?

Regular glass may be used on non-valuable items but you will see reflections. Non-glare glass has been etched on one side, which cuts down on the reflections, but does not totally remove them. Both regular and non-glare are available with an ultraviolet coating that will filter 97% of UV which causes fading of artwork. Museum glass is anti-reflective glass with a UV coating which is so clear you do not know there is glass!

4. WHEN SHOULD I CONSIDER USING ACRYLIC?

Acrylic is most often used on very large pieces of art, where weight becomes a factor. Acrylic is available in regular, non-glare, and UV.

5. WHO WILL ACTUALLY DO THE WORK ON MY ART?

Karen and Gary do all the work in house. They do not hire temps or out source. They have been a family owned business since 1991.

6. WHAT IF I AM NOT HAPPY WITH THE FRAMING?

Then we will do whatever we can to make you happy. AFC unconditionally guarantees our quality and satisfaction. If you ever have a problem, we expect you to let us know and give us the opportunity to please and satisfy you.